Today I will be going to the gym for the third time this week. I don’t want to. I want, so badly, to find some way to entice Wm to just come home after work so we can eat potato chips and baked goods and watch Thursday night comedies. But I won’t. I’ll meet him at the gym and do my first week walking workout.

This winter was not our best for responsible behavior, I have to admit. Wm was dealing with the low feelings that come with unemployment and I was dealing with a resurgence of depression and, unbeknownst to me, anemia. Neither of us were too interested in keeping the house clean. I didn’t have the energy to make healthy changes for myself, let alone encourage him to make them. I could barely stay awake the entire day. It wasn’t pretty and the house was a pig stye. And the idea of doing anything about was entirely too overwhelming. Story of my life.

Then Wm said, “We are killing each other.”

That was upsetting because it was true. We were feeding into each others worse most unhealthy and irresponsible behaviors. And it was a real wake up call for me. I wanted to be something good in his life, not something that drug him down into my depression.

Ever since that day, I’ve been making baby steps towards making a healthy life for both us. Three weeks on iron pills has made a world of difference in my energy level. I’ve switched to a different antidepressant. A 15 mins of cleaning/ 15 mins not cleaning system has helped me start getting the house in order. We’ve both been working on better habits to keep a tidy house.

Wm’s been making friends at work, and hanging out with them, which makes him happy. Last night, I even went out with them. I don’t mind being the only girl. It’s cool. I need to get out of the house more.

I’ve begun to bring home fewer chips and more fruits and vegetables. We’ve discussed going on Weight Watchers, and the dietary changes I’ve been making are leading up to that. Again, starting immediately just seemed so overwhelming. So we babystep. This week we’ve started meeting at the gym after Wm gets off work.

And that is why I will not try to entice Wm to just come home after work and play Portal 2. Because we’d rather love each other than kill each other. 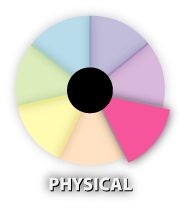 I have a confession to make. I’ve avoided talking about it because, oh I don’t know, SHAME. And the hope that it would all just magically go away. I’ve gained a lot of weight in the past year. Summer of 2008 I was the skinniest I had been since Jr. High. But by summer of 2009 I had gained a great deal of the weight I had lost on the diet I started 3.5 years ago.

I never believed I would gain it back. I thought, not me, if I start to gain even a little weight, I will nip that right in the bud. Well, I not only nipped it, but I ate the entire bud. So to speak. I can break my weight gain down into three phases.

Phase One: Wil’s schedule changed in summer of ’08, to a 2pm to 10 pm schedule. On the one hand, I was THRILLED I did not have to figure out what to make for dinner each night. Sometimes I would make something that would leave us with leftovers that Wil could take to work the next day. However, this meant we were both eating a lot more crap. A lot of snacky and fast food. His schedule went back normal in the fall, but the damage had already begun. I had lost interest in preparing healthy dinners.

Phase Two: I discovered French Toast flavored bagels at the Safeway. I ate them ALL THE TIME. They smelled just like french toast or pancakes. But the taste was much more subtle cinnamon/ maple. They are delicious. Before Wil’s schedule changed back, I would sometimes eat nothing else but these bagels all day. During phase two, I attempted to go on Weight Watchers. That was in November. But I decided I would like to start making Christmas cookies instead. Of course, then I would eat them and have to make more.

Phase Three: In reality, all phases are affected by the return of my depression. I do believe that was the biggest culprit into my weight gain. Some need to fill the emptiness I felt with bagels, cookies and tiny cherry pies. It never works. So I started a new antidepressant and INSTANTLY gained 20 lbs. I kid you not. BAMF! Weight gain. I went on Weight Watchers again and lost 1.4 over five weeks. I gave up. I went off the pills to try without their side effects, but the physical symptoms were too bothersome. I could psych myself out of the mental, but the physical ones were taking their toll. Additionally, Wil and I were eating these delicious Angus Beef Hot Dogs all summer. We ate them regularly for lunch, sometimes for dinner when it was hot. We’d stick them in the toaster over and cook them until they were crispy. Man, they are so good. And big, you had to use a hoagie roll because they were too big for hot dog buns. It wasn’t until recently I looked at the fat content. TWENTY FREAKIN’ GRAMS OF FAT! And we ate them like candy.

And there you have it. I put off saying anything about it. I am back on Weight Watchers. I wanted to have a bit of success before I blogged about it. The first week I lost 1.2lbs, which was disappointing as the first week is usually your biggest weight loss. The 2nd week I lost another 1.2lbs. But this last weigh-in was a loss of 2.4lbs. Weight Watchers yelled at me for losing more than 2 lbs a week. That felt nice since I know I ate over my points that week. (early birthday dinner.)

I had to bring it up because it is part of addressing that physical spoke on the Wellness Wheel. And because being overweight has a ripple effect across your entire life. So it’s bound to show up again, in future blog posts.

I write blog posts in my head CONSTANTLY. You wouldn’t know that by reading my blog lately. There is a big difference between lying in bed and composing entries and actually typing them out, however.

So many things I “write” nowadays need to be prefaced by a certain fact. I’ve tried several times to sit down and actually compose a for reals post about it, but never actually completed anything I liked. As time went on, the need to share all the little details became less important. And now, at this point, I just want to post something about it, so I can move on and talk about all the other things in my life that are affected by it.
So, here it is. Last year my depression came back. That’s why I disappeared over the winter. And spring.  I tried to deal with it without medication. I failed. I finally decided to go back on meds, a new one, in February. I fell better now.
Standard
What’s Your Energy Level?
Standard