Wil and I are leaving town for a few days, and we aren’t going to have internet access.
GASP! No, it’s true. We are spending some time on the coast and there is no internet access and no phone. There’s a TV because we aren’t CRAZY.
In the meantime, here are my new granny glasses.

I know what you are thinking, no so different from the old glasses. 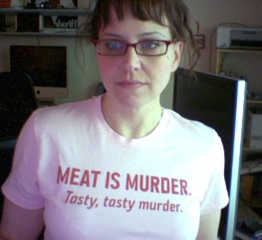 But you are wrong cuz these are PROGRESSIVE. And metal frames, rather than plastic.

So I started playing Spore yesterday. I think I lost a good 7 or 8 hours to it. I’m just going to bullet point some thoughts because I am starving and there is no food in the house and I told Wil he could play Spore today when he gets home from work which is in 50 minutes so if I don’t get something out now, it won’t be out today.
Yesterday was a bit of a test game. Wil was sitting with me, and we were trying to figure out all the tricks. Next game I will probably kick more ass.

Anyway, like I said, I’m starving, so I gotta hit the Safeway. 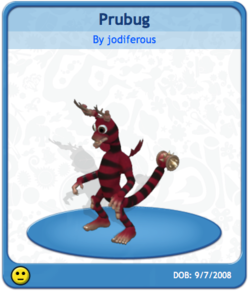