I had some appointments down here in Seattle, so I’m spending the night at my mommy’s. We are working on a puzzle of book covers. That’s the speed at which I roll. I love doing puzzles. 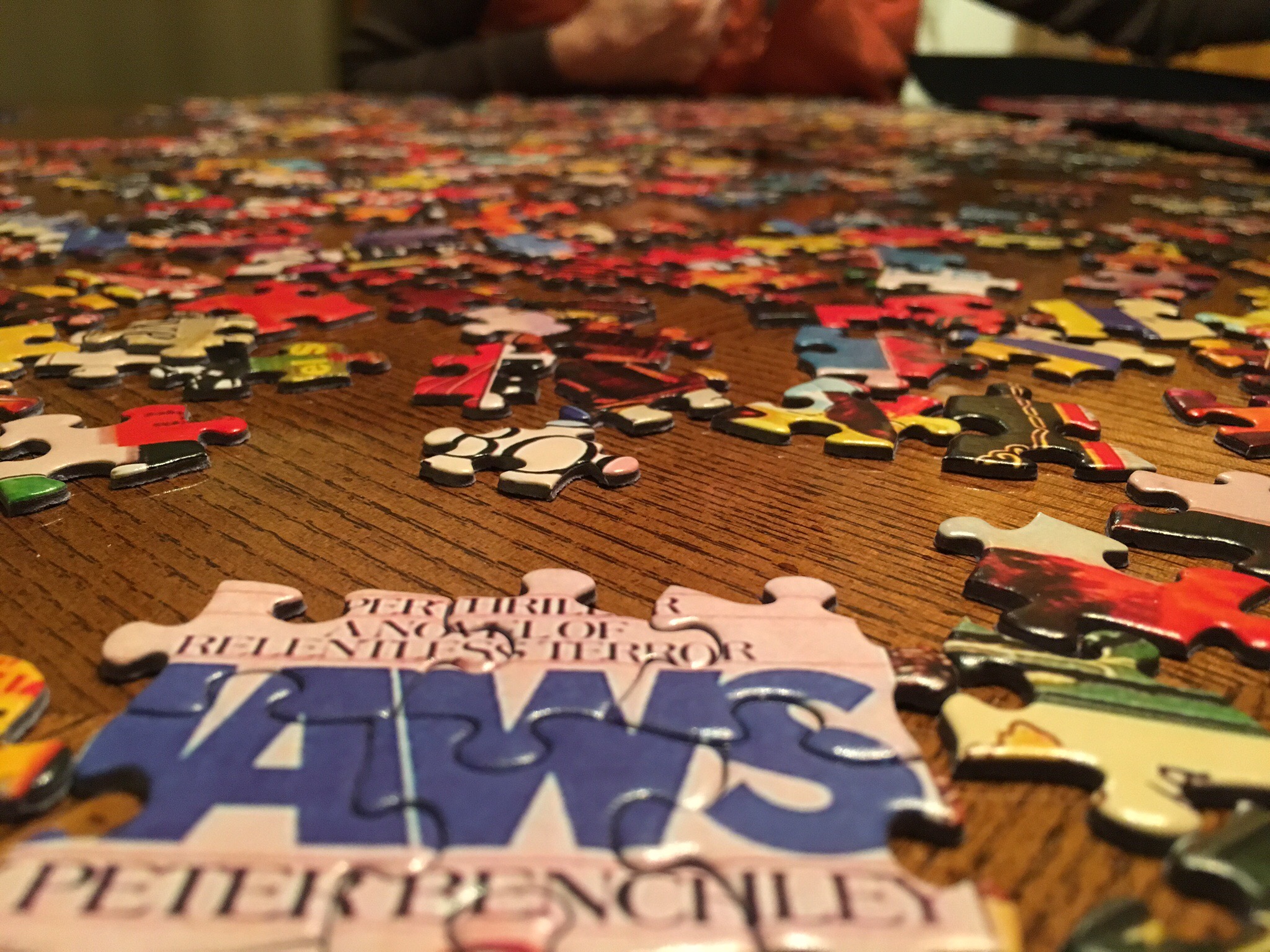 I like to order things online with the American VISA/Debit card and have them shipped here. So when I am down visiting, there are always presents to open. This time it was my Apple TV (birthday present), a pair of jeans that fit perfectly as is (never happens to me), and a t-shirt. And a pair of pants for Wil. 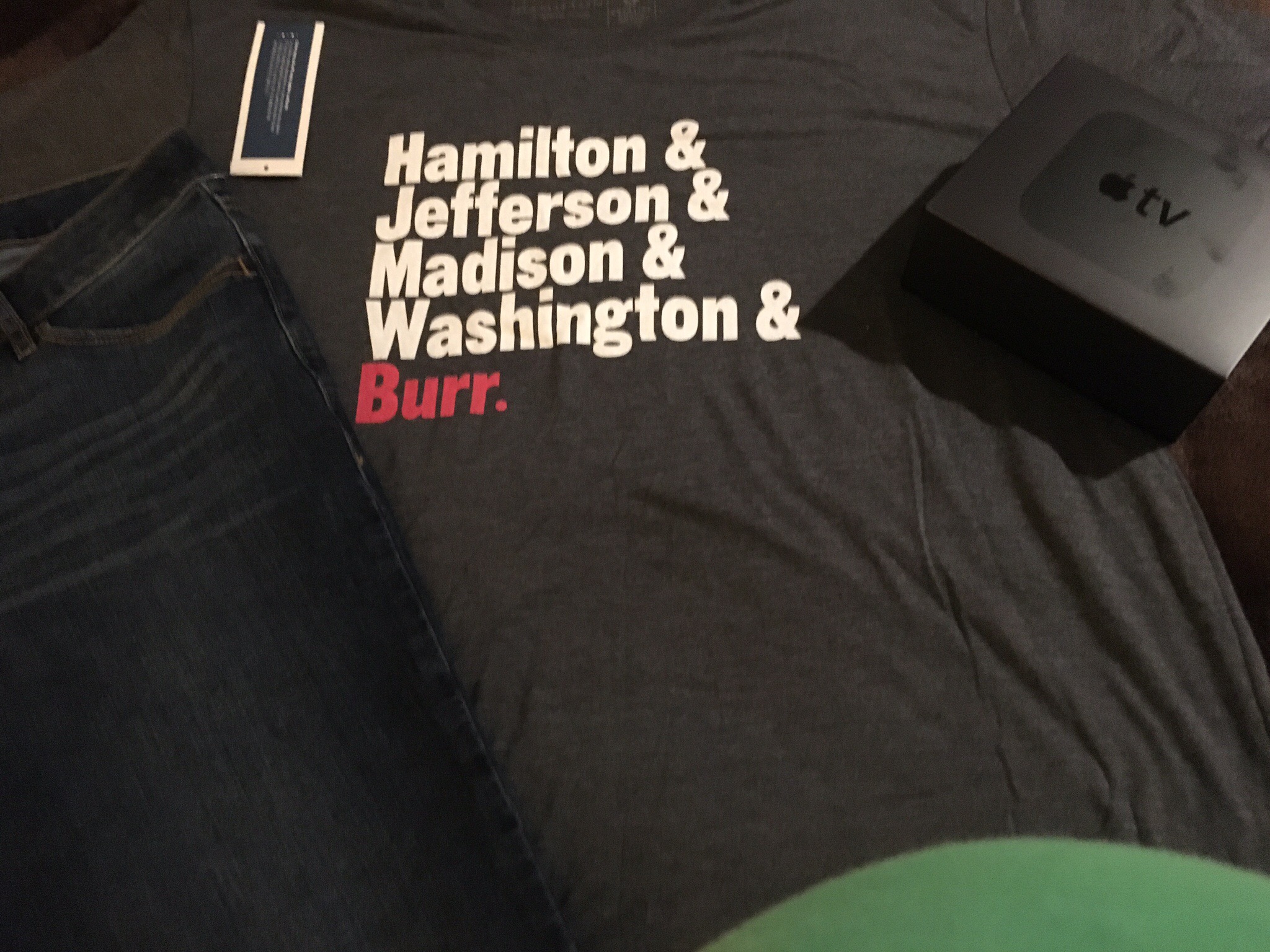 Obviously I am not lucky enough to have seen Hamilton on Broadway, but I saw the shirt and figured it was meant to be mine. It’s a Hamilton thing.

So yeah. I fear that my blogs are starting out pretty dull. Hopefully I’ll find my groove again before the end of the month.

It’s only 16 seconds long. So I watched it five times. I’m very excited for this movie. Can’t wait to see how the Night Elves look. And if there are Druids turning into big cats! And Hunters! And all the cities.

I just hope it’s entertaining for non-WoW players as well. 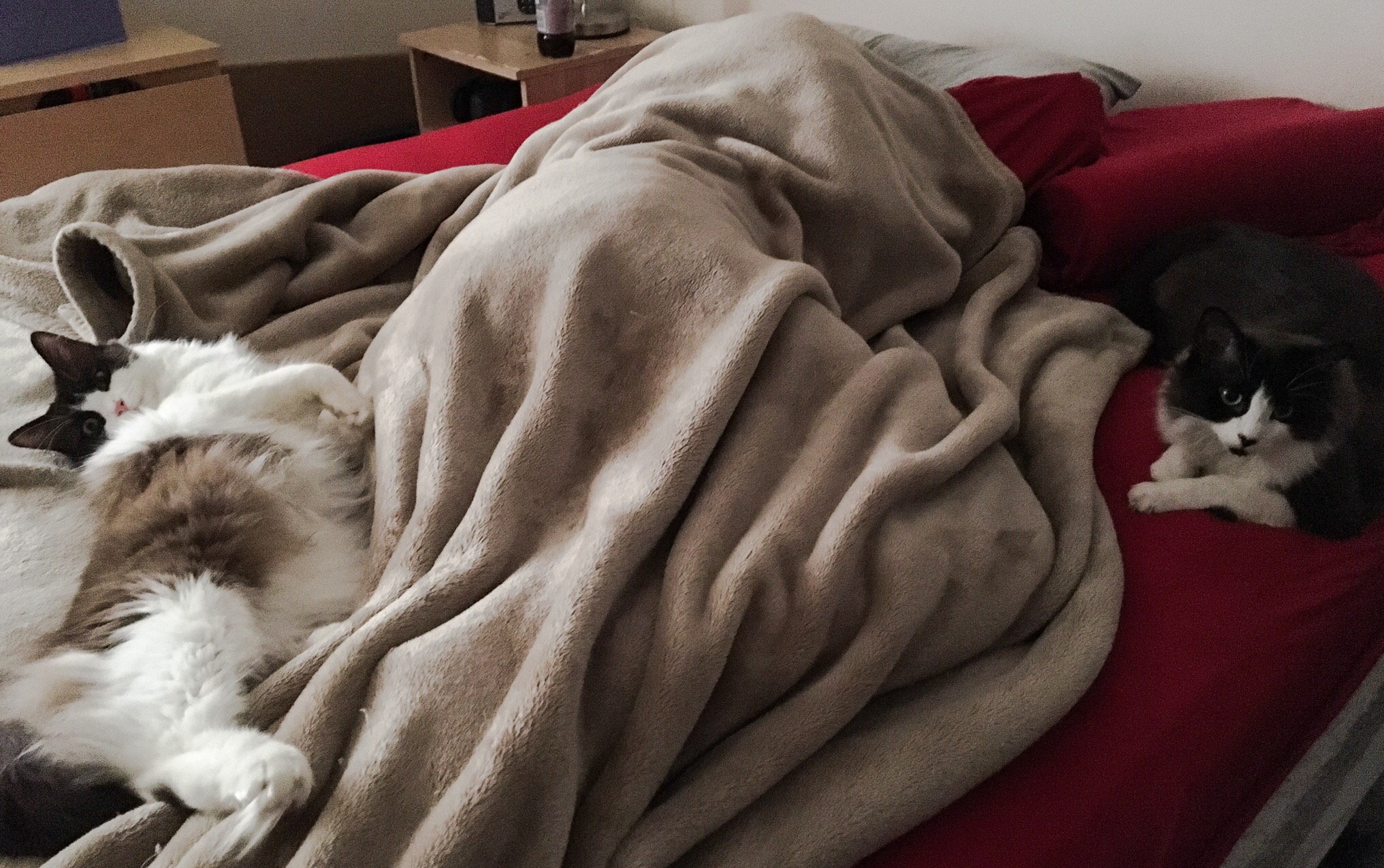 So, I just finished 31 Days of Spooky, watching a scary or spooky movie everyday in October. I kind of liked it. I’m planning 31 Days of Merry in December. But what about November?

I could do a load of laundry everyday, try to get through that giant backload. But I don’t think there are 30 days worth. Perhaps I could floss everyday. But that’s for babies. I decided against NaNoWriMo as well, because I am pursuing other artistic endeavors currently.

So…. 29 Days of Blog!!! It would be 30, but I just came up with the idea today, the 2nd of November. I can’t guarantee they will be long. Or interesting, I’m a bit rusty. But I kind of miss blogs, the reading and the writing. I guess the heyday of blog communities is over, but I just can’t give up.

The best part is, announcing this counts as a blog post. Done and done.

When you have a cat with as many health concerns as I have, the littlest things can make you happy. (and make you terribly sad, for that matter) I have to keep a close eye on her, because it’s easier to be proactive with some of her issues. So, sometimes, I am very happy when I wake up to see cat poop. I’ll spare you the picture of the actual poop. 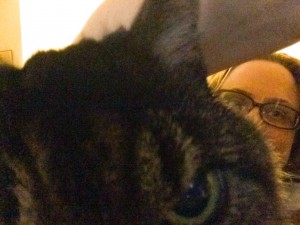 I’ve read this series repeatedly, but now I’m listening to it. 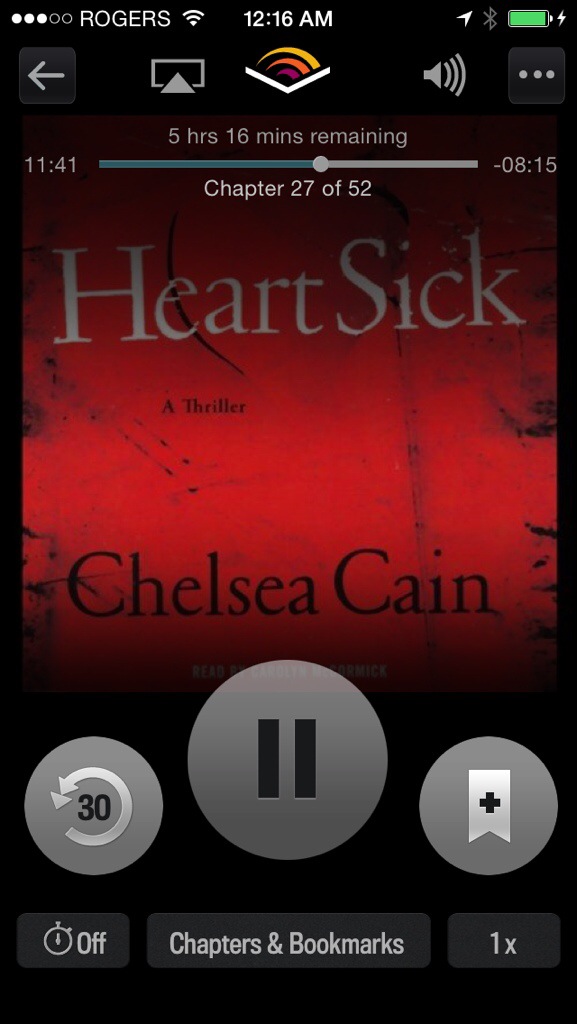 And Day 1, since I only decided to blog these instead of using instagram or twitter this morning.

Day 1: Wil suggested I start the challenge over. Clean desk with daisies. 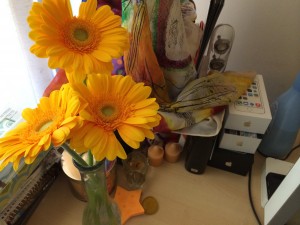 Day 2: It took me over an hour to take apart, clean thoroughly, and put back together. I’m ashamed to say it had been a couple of summers. Probably the filthiest things I’ve ever cleaned, but now every time I look at it, it makes me happy. You can actually see some shine in it.  Look at all those crevices I had to clean! 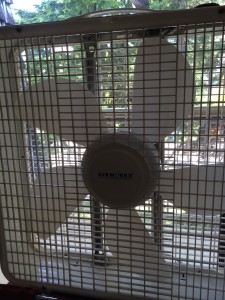 Here is a picture of my TinyLegoLoki keychain to complete the test. 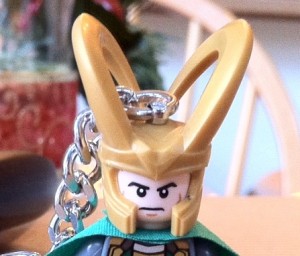